Work on this book began several months before the start of the 2018 FIFA World Cup. However, even the most optimistic and ambitious among us had our expectations surpassed by what we witnessed or participated in this year. The FIFA World Cup and everything that goes with it is among the happiest and most joyous events not only in international football, but also in life as a whole. This book, first and foremost, is an expression of our gratitude to everybody concerned – an appreciation of all the excitement and memories of an unforgettable summer that still evokes such emotion and warmth. It is a thank you to Nikolskaya Street, to the Luzhniki Stadium and many, many other things…
The book was written by the following team of contributors, who we would like to thank personally:
Alexey Sorokin, CEO of the 2018 FIFA World Cup Local Organising Committee, who believed in our cause and managed to convince his colleagues that it was the right decision to take.
Anton Lisin, press secretary of the 2018 FIFA World Cup Local Organising Committee, and Alexander Djordjadze, director of FIFA and Government Relations Department of the 2018 FIFA World Cup Local Organising Committee, who provided invaluable advice during the creation of the book.
FIFA Communications Department managers who, as our first readers, were exacting, strict but always fair.
Our sincere gratitude goes to the Snob project team: CEO Marina Gevorkyan, Snob magazine chief editor Sergey Nikolaevich and chief proofreader Sergey Aleshchenok.
We would also like to mention our wonderful proofreader Elena Pylaeva and football expert Alexey Rozhkov.
A great contribution was also made by sports analyst Chermen Dzgoev, who employed a top team of football journalists, and picture editor Elena Bednova, who worked tirelessly to select the photographs.
We were greatly impressed by the artist Sergey Andrievich, whose energy, talent and original design solutions changed our ideas about what a book on football should look like.
We also owe a dept gratitude to photographer Mikhail Rozanov, whose Stadiums series helped lay the foundations of this book, the design agency Bang-Bang for the spectacular graphics that made the Russia 2018 book a truly artistic project, and Sergey Turovtsev, who provided colour correction for many illustrations.
Two other key contributors were Arif Zeyn and Liya Ratiya. From the minute this book was approved until the final proof was ready, their dedication never wavered, as they lived and breathed the project. A wonderful tandem of talented, vivid and beautiful people, whose youth, enthusiasm and quest for perfection can be seen on these pages.
And, of course, the Russia 2018 book could not have happened without Yulia Kuper, who commissioned it, assembled a terrific team of professionals and strong personalities, and saw it through to the end.
Finally, credit also goes to the team of editors and proof-readers who ensured that the English translation lived up to the Russian original. Andrew Warshaw and Lorraine Jerram, as well Brian Lee and James Calder from Sports Translations, all strived hard to make this happen, under the expert supervision and coordination of Andreas Herren.
Thanks to everybody who helped us along the way, who provided original ideas, who criticised, proofread and inspired. 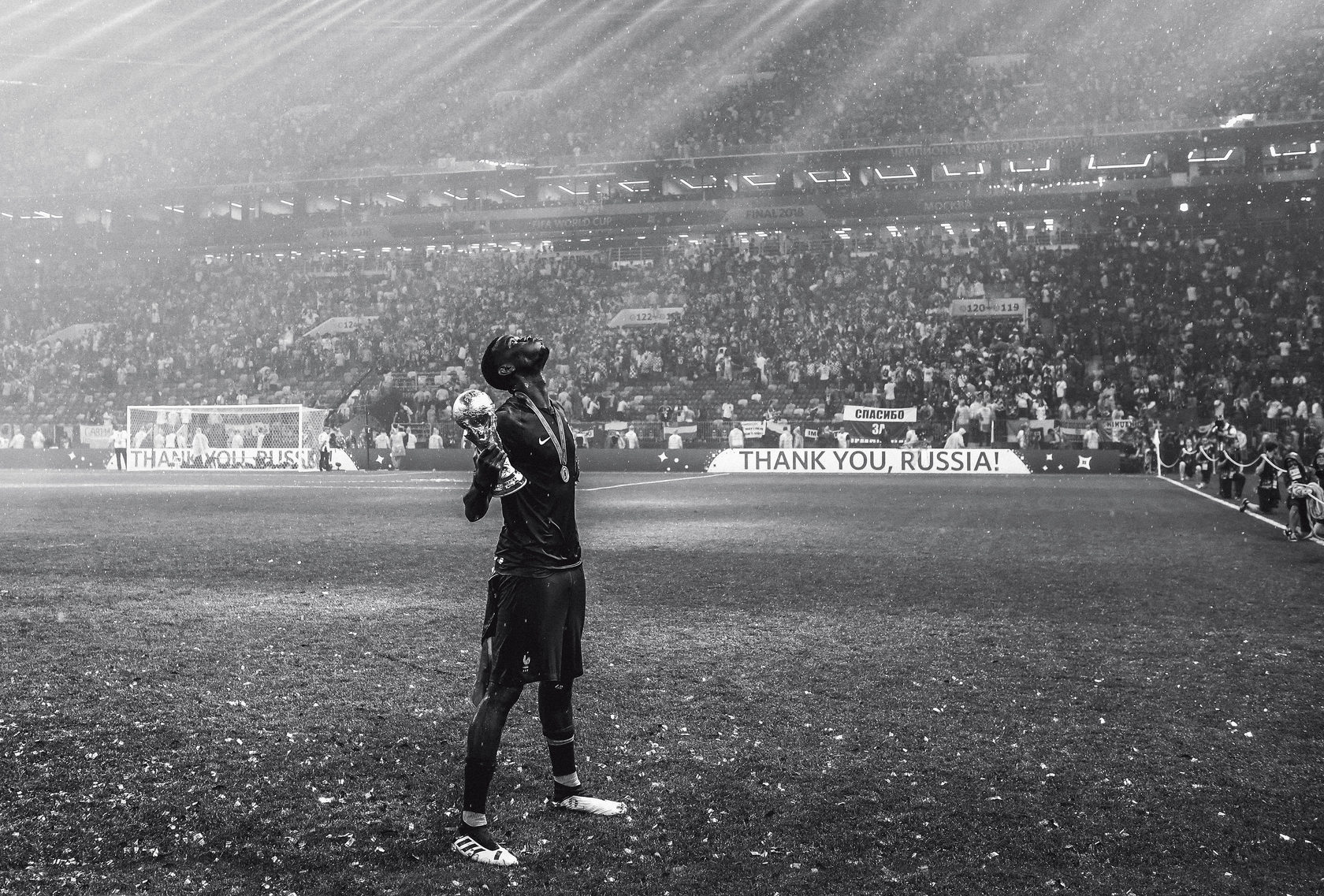